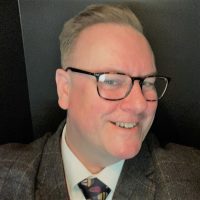 Espley Consulting & Negotiation Limited (“EC&N”) was co-founded by Jeremy Charles Espley, an experienced General Counsel and Head of Legal with 25 years’ PQE as a Solicitor of the Supreme Courts of England and Wales. Jeremy has a proven track record in senior legal roles with MNCs and SMEs in the UK and around the world.

After graduating from Cambridge University, Jeremy’s legal career began at City of London law firm, Fox Williams where he specialised in mergers and acquisitions.

In 1999, Jeremy joined FTSE 100, IT multi-national, Logica PLC. In 9 years at Logica, culminating in his role as International General Counsel, Jeremy managed Logica’s legal affairs in 44 jurisdictions and participated in numerous acquisitions, including the £876m acquisition of VM Data and the £631m acquisition of Unilog. Jeremy helped conclude multi-million-pound IT contracts in the outsourcing, telco and banking sectors in Europe, Asia and the Middle East. Jeremy also managed Logica’s IT portfolio and regulatory interests around the world, successfully resolving major litigation in the US.

After Logica, Jeremy joined region leading port operator, Gulftainer in the UAE and helped that company double in turnover in just over two years through acquisitions in Saudi Arabia, Iraq, Brazil and Russia.

On returning to the UK in 2015, Jeremy consulted to some of the UK’s leading ICT companies, including Vodafone and BT. In 2016, Jeremy became General Counsel to US owned, market leading hospitality technology provider, Guestline.

In 2019, Jeremy co-founded EC&N to utilise his extensive experience to support the growth of MNCs and SMEs domestically and internationally.